"It can be argued that the RCMP are understaffed and underpaid compared to their municipal counterparts, and even under equipped. The front line members are most often highly dedicated, invested, and diligent individuals putting themselves in harms way to try and protect and serve the communities they become responsible for. With that said, the people of Conklin were clear in their voices, and suffer the results, of a system that needs to respond with immediacy and with a clear and powerful presence. I have been assured by the RCMP that they have a very "rubust" plan they are going to employ. I sincerely look forward to seeing that plan take powerful and profound actions, allowing the community of Conklin and those surrounding the Hamlet to retake their homes and their lives back. Prior to the Town Hall, I promised I would share the feedback of Conklin. Their voices need to be heard, and I am fulfilling my word to both the community and the RCMP." -- Interim Leader David White

Details of the letter can be found here: 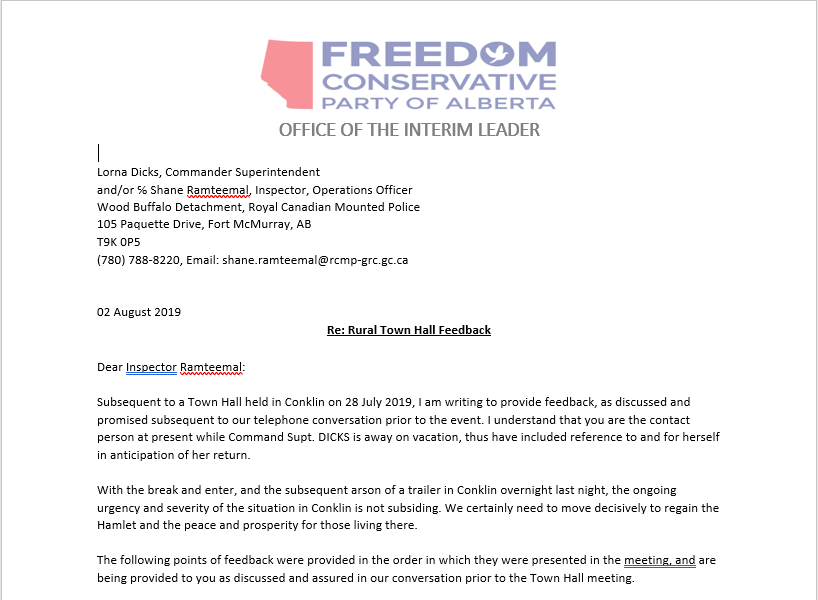 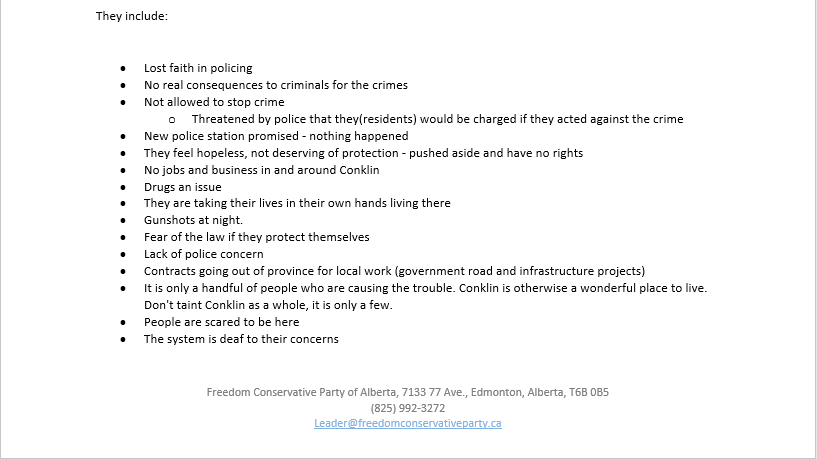 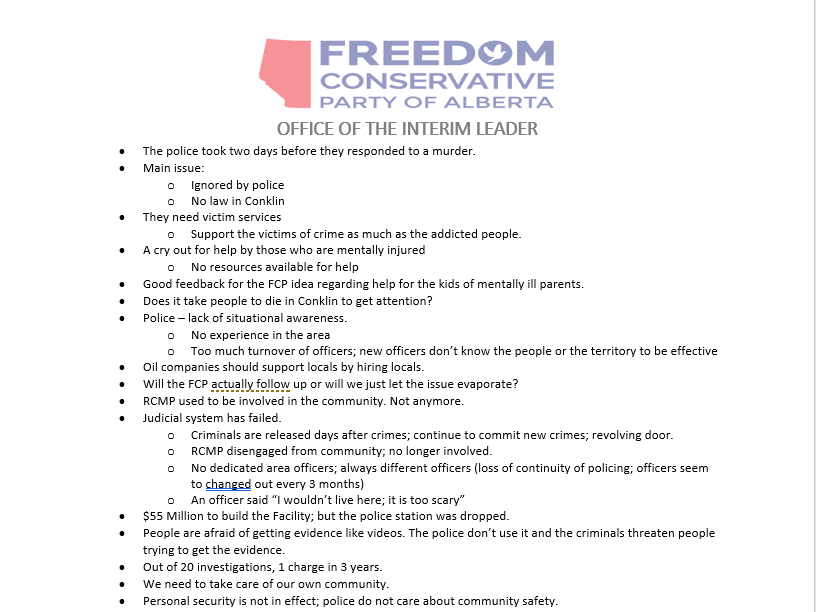 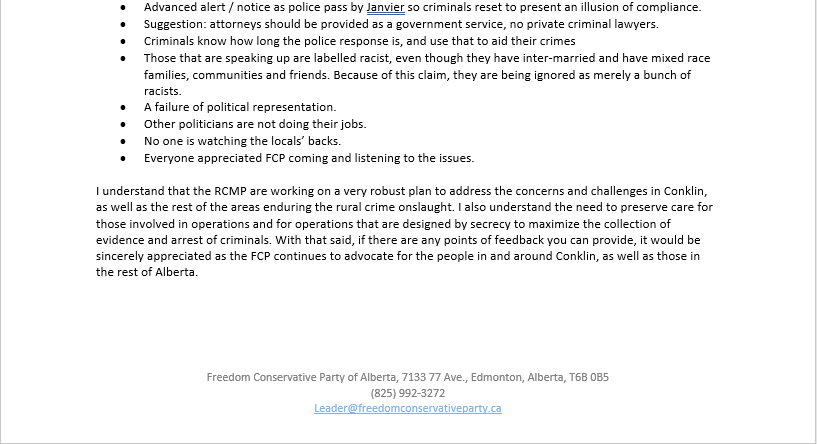 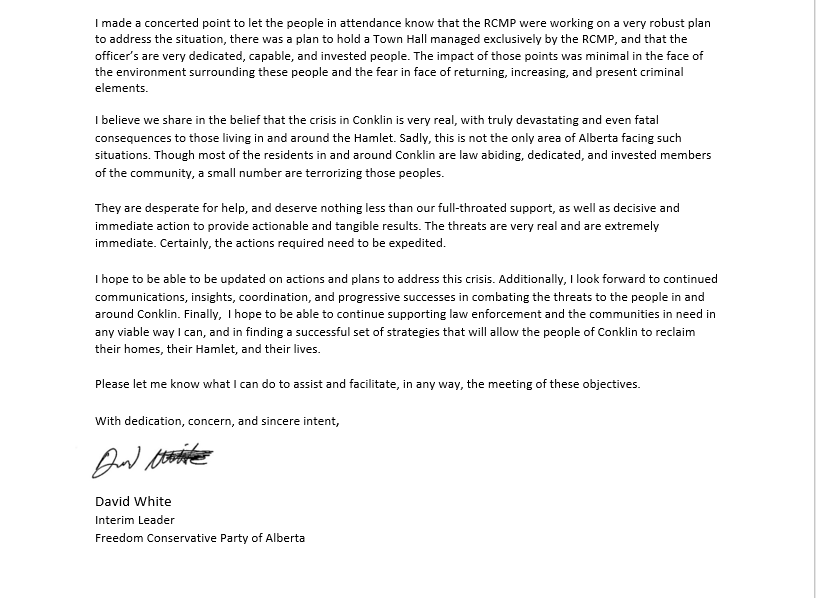 The FCP held a town hall in Conklin, Alberta on July 28th to discuss ongoing concerns from that community regarding skyrocketing crime rates. As a result of that discussion with members of the community, the FCP has developed a suggestive strategy to help address this urgent issue.