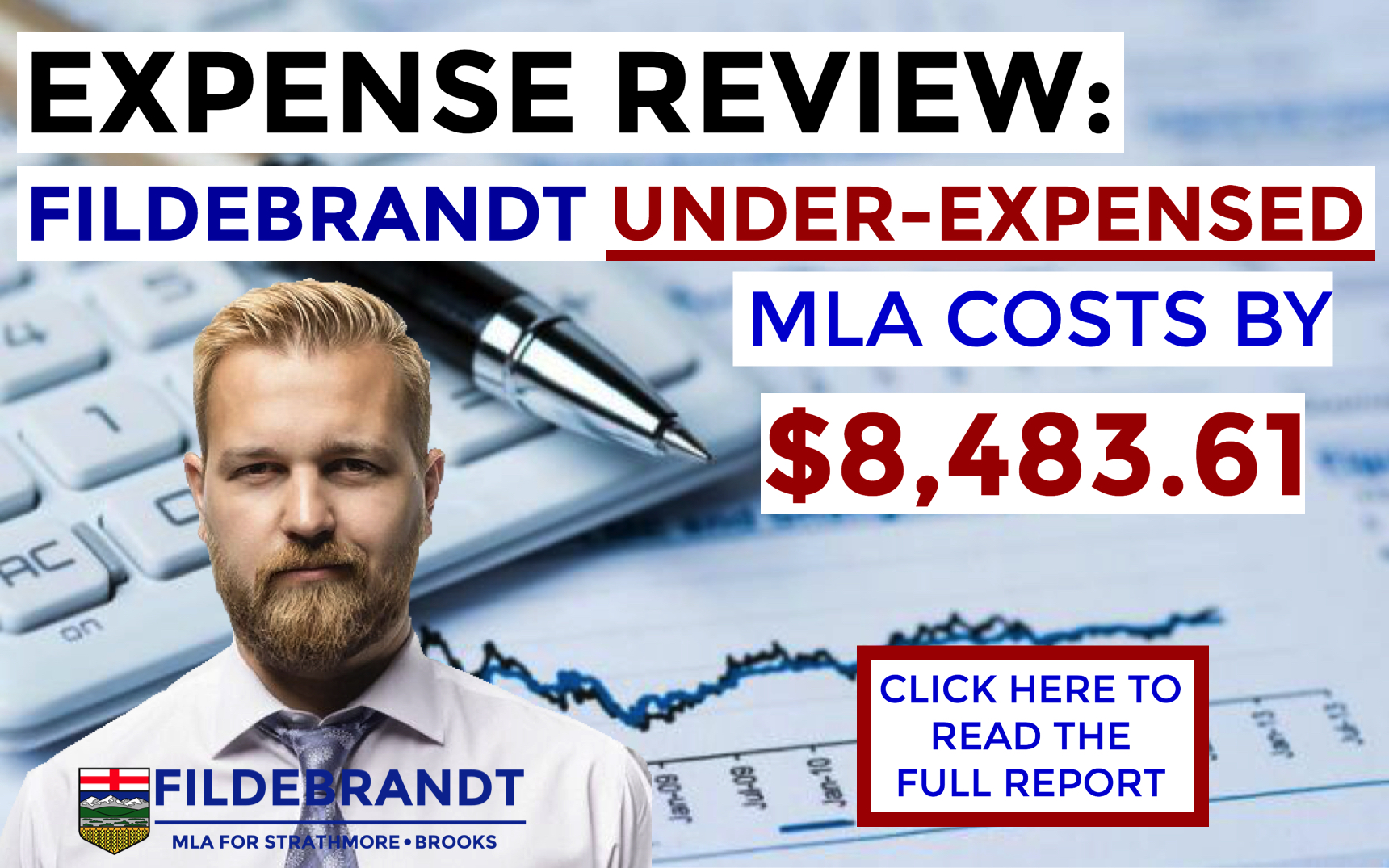 EDMONTON, AB: The Office of Derek Fildebrandt released an internal review today showing that the MLA under-expensed approximately $8,483 between May 2015 and August 2017.

The review indicated a thorough accounting of Fildebrandt’s credit card statements during the period, matched against his calendar to ensure that expenses would have been appropriate and eligible had they been submitted for reimbursement. This includes $2,746.72 for office expenses, $1,986.55 for hosting and meals, $1,972.67 for travel, and $1,777.67 for fuel and auto costs.

Fildebrandt ordered the internal review after political opponents claimed impropriety over $192.60 over the two-year period for items mostly consisting of items like an Egg McMuffin and a Brooks Hotel Sandwich. Most media reports at the time, did not note the more than dozen MLAs who also experienced minor errors.

The approximate sum of unclaimed expenses is 4,418% the total alleged by opponents to be improper.

“I would like to thank my staff for conducting the thorough review released today” said Fildebrandt. “I take even a small administrative accounting error for a sandwich seriously, but the mountain made out of molehill by political opponents was pure political theatre. I have always gone out of my way to ensure that every dollar spent by my office is proper. It’s a privilege to represent my constituents and taxpayers, and so like several other MLAs, I pay for much of what I do out of pocket. Today’s report shows that in the first two years on the job, I paid approximately $8,482 myself.”

“It is critical that taxpayers have confidence that their MLAs are spending money appropriately, and that is why I am calling for a full audit of all MLA expenses from the last election until the most recent fiscal quarter.”

The Office of Derek Fildebrandt contacted nearly a dozen chartered accounting firms, however most estimates were in excess of $20 thousand, nearly twice the amount to be reviewed. Fildebrandt welcomes a full audit of the internal review to be included in a full audit of MLA expenses.

For more information or to arrange an interview please contact media@freedomconservativeparty.ca or 403-774-7393.