Today, the Freedom Conservative Party (FCP) added to the unified outcry against Bill C-69 and C-48. The FCP sent a letter to each Senator in the Canadian Senate expressing strong concern and urging each Senator to oppose the passing of these Bills.

"Today we sent a clear and strong message to our Canadian Senators that Albertans are fed up with the actions of this federal government. We want to add our voice to the unified front and signal that we will fight against the prejudice shown by Ottawa and champion Alberta interests. We have made it very clear through our own policy actions that this is a party that puts Albertan interests over the interests of the Ottawa establishment." - FCP Interim Leader David White 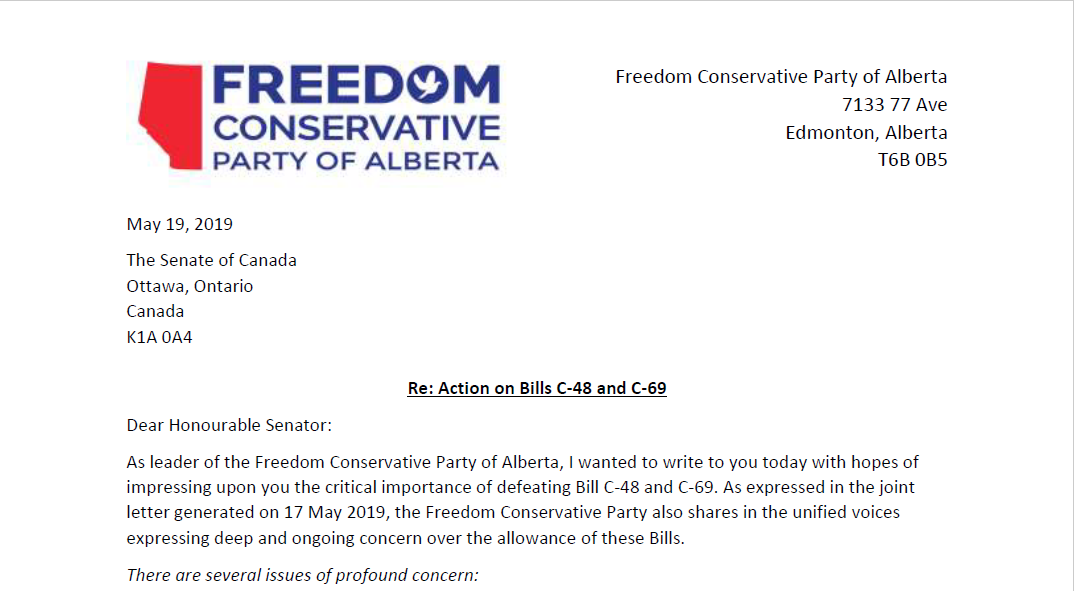