CALGARY, AB: Today the Freedom Conservative Party of Alberta (FCP) announced that it will hold its founding convention and leadership vote on October 20th in Chestermere. At the convention, members will vote on the party’s policies and constitution, elect a Board of Governors, and chose its first Leader.

“We are excited to have grown in a very short period of time to the point where we can now hold our founding convention to really take our party to the next level,” said Bob Lefurgey, FCP Interim-President. “At an early-bird rate of $75 for adults and $25 for youth, our registration rates are a fraction of that of the establishment parties to make it affordable for everyday Albertans to attend.”

“Conservative Albertans deserve a party that lets them - not the leader - dictate or veto the party’s policies,” said FCP Interim-Leader Derek Fildebrandt. “In the FCP, the members hold the pen on policy and have a real grassroots guarantee that they will not be ignored.”

Albertans wishing to participate must be members of the party and can register at www.freedomconservativeparty.ca/convention.

Media wishing to attend must register in advance at media@freedomconservativeparty.ca. 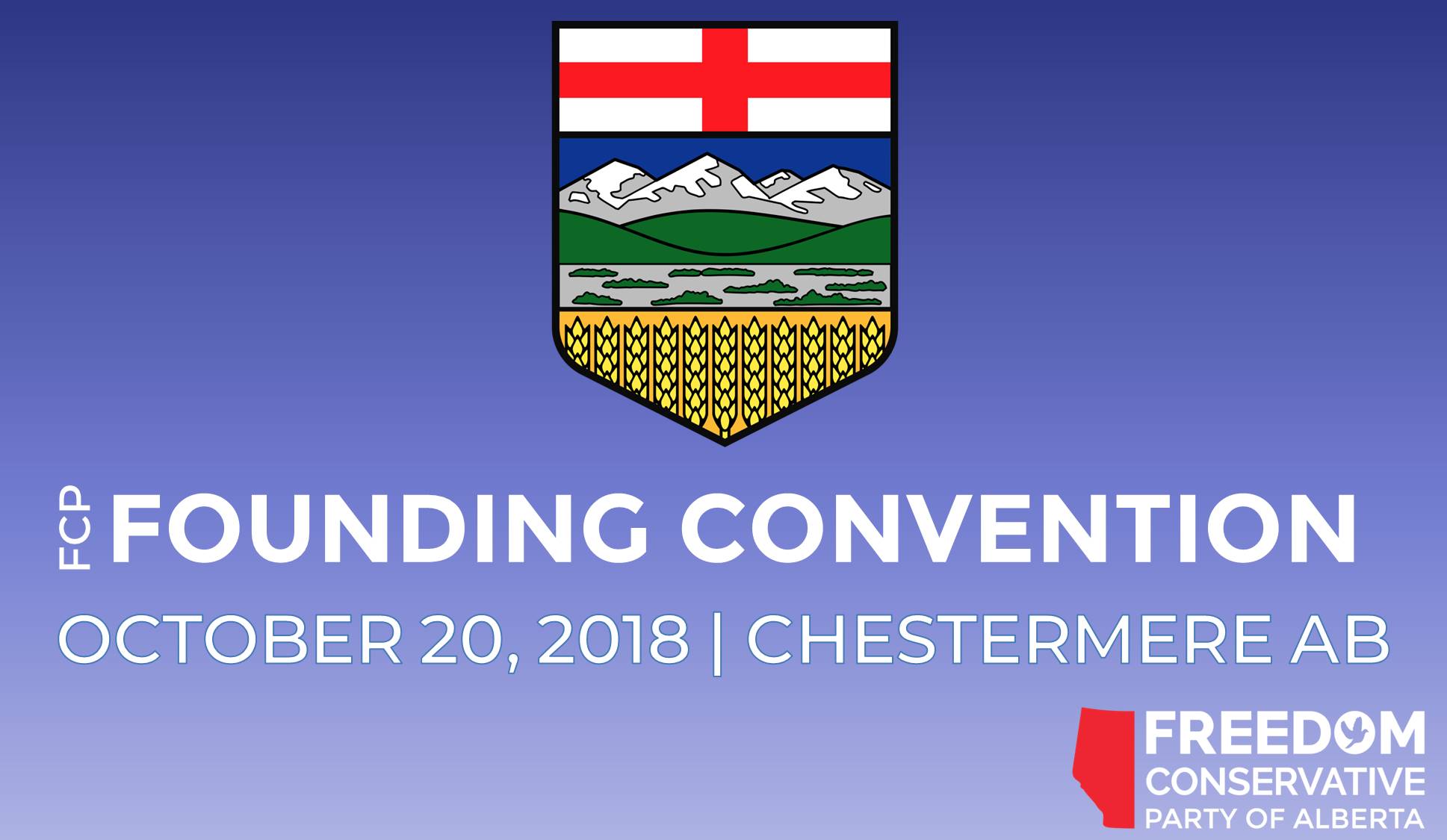