Calgary, AB – Today MLA Derek Fildebrandt and Bob Lefurgey announced the creation of the new Freedom Conservative Party of Alberta (FCP). The party is registered and recognized by Elections Alberta. Fildebrandt will serve as interim leader and seek recognition of the FCP in the legislature.

“The Freedom Conservative Party will bring together grassroots conservatives, libertarians and Alberta patriots to give people an option not just to vote against the NDP, but to vote for a party that is unapologetically conservative and Alberta first”, said Fildebrandt. “We will aggressively fight for a greater degree of autonomy for Alberta to set its own laws and keep more of its own money – here and not in Ottawa.”

“The most important thing in the next election is to defeat the NDP, so we have responsibly committed that we will only field candidates in constituencies where we believe the NDP cannot win.” said Bob Lefurgey. “Some parties feel entitled to the votes of everyone who wants to get rid of the NDP. We will give everyday Albertans an option that doesn’t owe favours to big government unions or big business corporations.”

The party’s first convention will be held at a date to be determined by the interim board of governors where members will write the parties policies and constitution and elect a leader.

“We are a party for the little guy where the grassroots are guaranteed to hold the pen on our policies, and the members will select their local candidates, not backroom party insiders” said Lefurgey.

“Albertans deserve a conservative choice that doesn’t try to be all things to all people and sacrifice its principles for the money and votes of special interest groups” said Derek Fildebrandt. 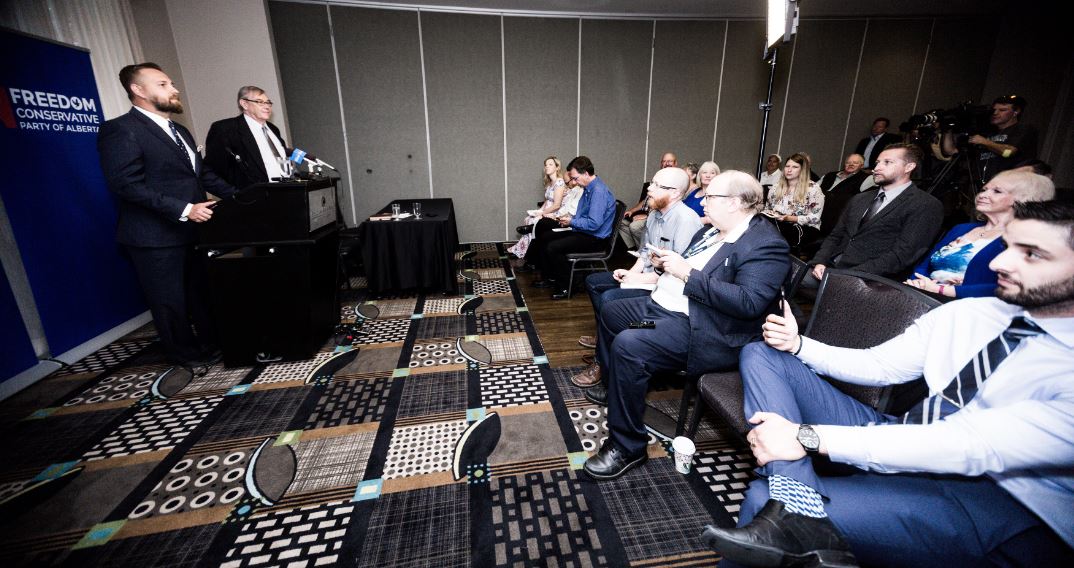