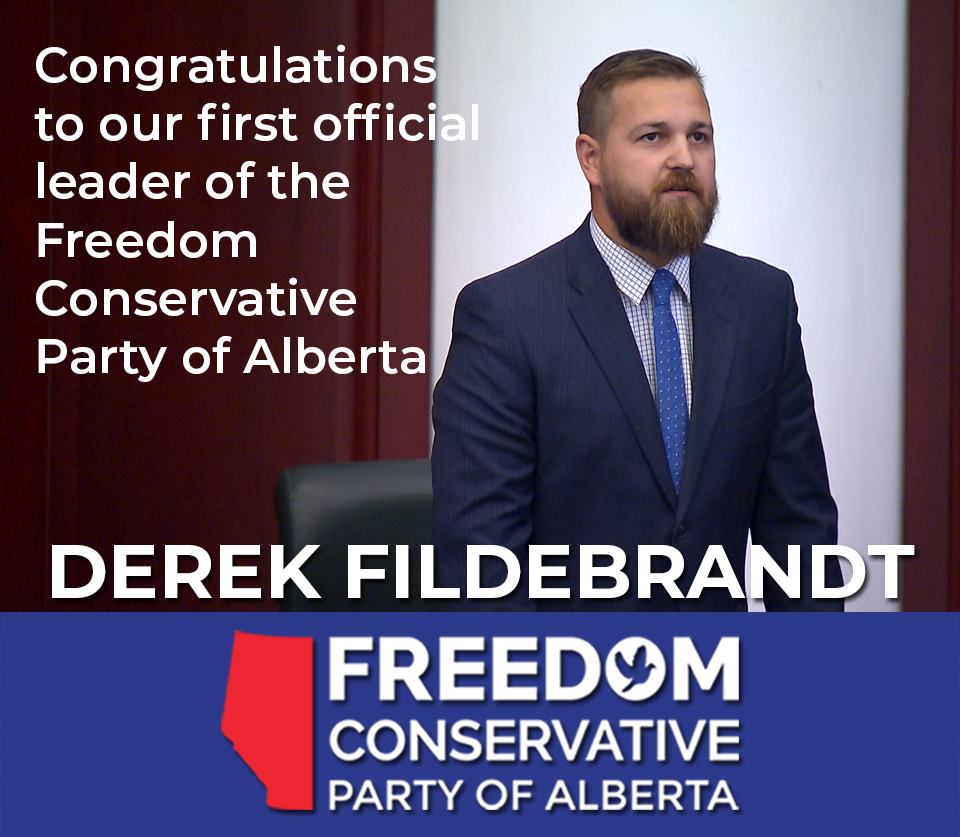 The vote (scheduled for October 20th) saw Fildebrandt as the only candidate to successfully complete, and submit, the application and deposit. He has been declared leader of the FCP today.

“Our party has been committed, since our founding on July 20th, 2018, to having an open and democratic race. We welcomed all Albertans to participate in this contest. Serving as our interim leader, Derek Fildebrandt has proven that he has what it takes to lead the FCP, and was declared our party leader today.” – Bob Lefurgey, FCP Interim President

“I am humbled to be given a mandate by our new party’s membership to build our movement and lead the FCP into the next election. We will give Albertans a clear choice that is neither the big government NDP or the old establishment tories, but is, instead, dedicated to a free and autonomous Alberta, within Canada, that will build a new Alberta Advantage for the twenty first century. We will now focus on nominating candidates, and readying our party, for the next election, and building a platform for the everyday, hard-working Albertan. This means completely abolishing the carbon tax, cutting wasteful government spending, protecting choice in education, and taking back provincial control over immigration and justice.” – Derek Fildebrandt, FCP Leader.

For more information or to arrange an interview please contact the FCP at media@freedomconservativeparty.ca or 403-774-7393.