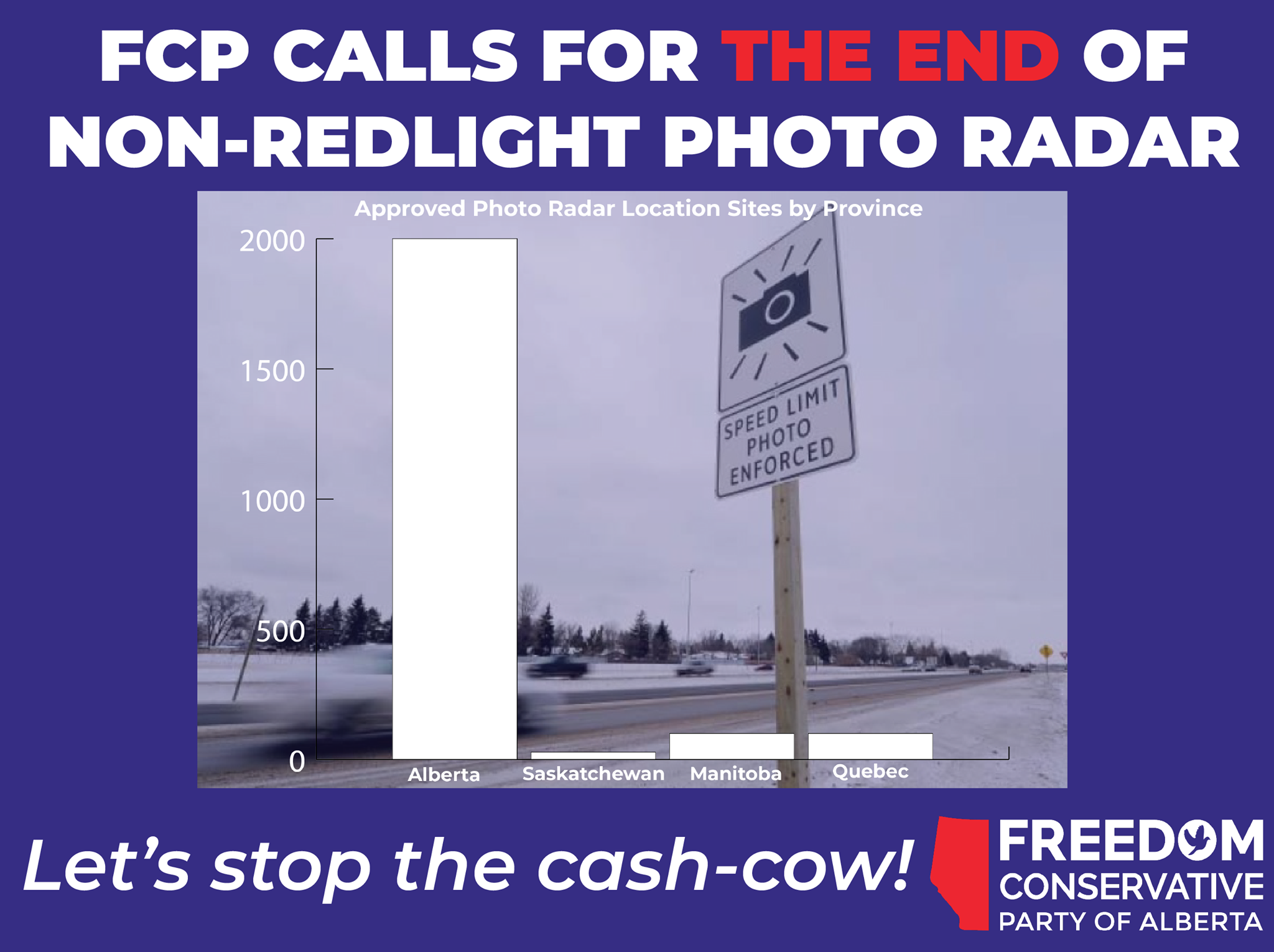 “I am incredibly encouraged by the release of the report, and the FCP is calling on the Minister to create legislation or regulations to protect the People of Alberta from the photo radar ‘cash-cow.’ This tax on driving is a uniquely Alberta problem, where our citizens are being unfairly punished for driving their kids to school, driving to buy groceries, or just simply driving.

I am calling on the minister to immediately sign a Cabinet Order to ban predatory photo radar locations. If the Government decides to put forward a bill in the Legislature this spring, the FCP will be committed to fast tracking the bill, and working with all parties to promote Albertan Freedom.” – Derek Fildebrandt, FCP Leader.

When Edmonton alone has more than double the number of photo radar locations (outside of Alberta) than the rest of Canada combined, it is clear that politicians cannot be trusted with this tool.