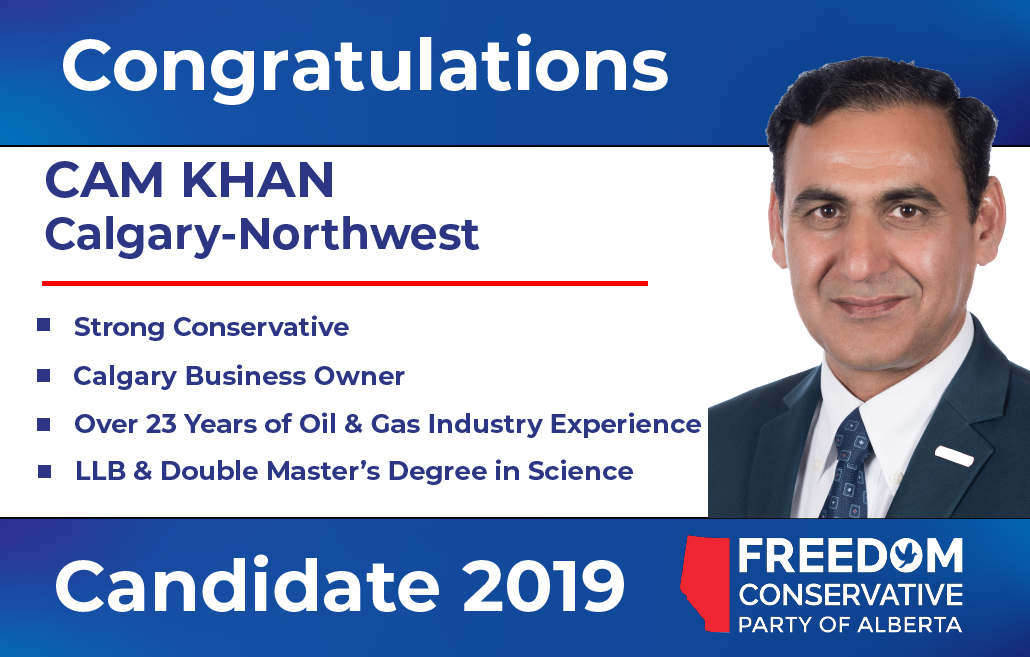 EDMONTON, AB: Today Cam Khan was nominated as the Freedom Conservative Party (FCP) candidate for the riding of Calgary-Northwest.

“We are very excited to announce that Cam Khan has been nominated as the FCP candidate for Calgary-Northwest. Cam is a dedicated family man, business owner, and community leader, who brings with him years of leadership experience to our team, and will make a fantastic MLA for the people of Calgary-Northwest. I know Cam will bring a strong conservative voice to this election, and look forward to serving with him in the Alberta Legislature.” – Derek Fildebrandt, FCP Leader

"After talking with my friends and family, and much soul searching I have decided to run for MLA in Calgary-Northwest with the Freedom Conservative Party. I bring with me decades of experience as an experienced oil and gas worker, business owner, and community leader. I am very excited to be part of the FCP team, and to work alongside our Leader Derek Fildebrandt."  – Cam Khan

Cam Khan was declared as the nominated candidate, after a two week open nomination process in Calgary-Northwest.