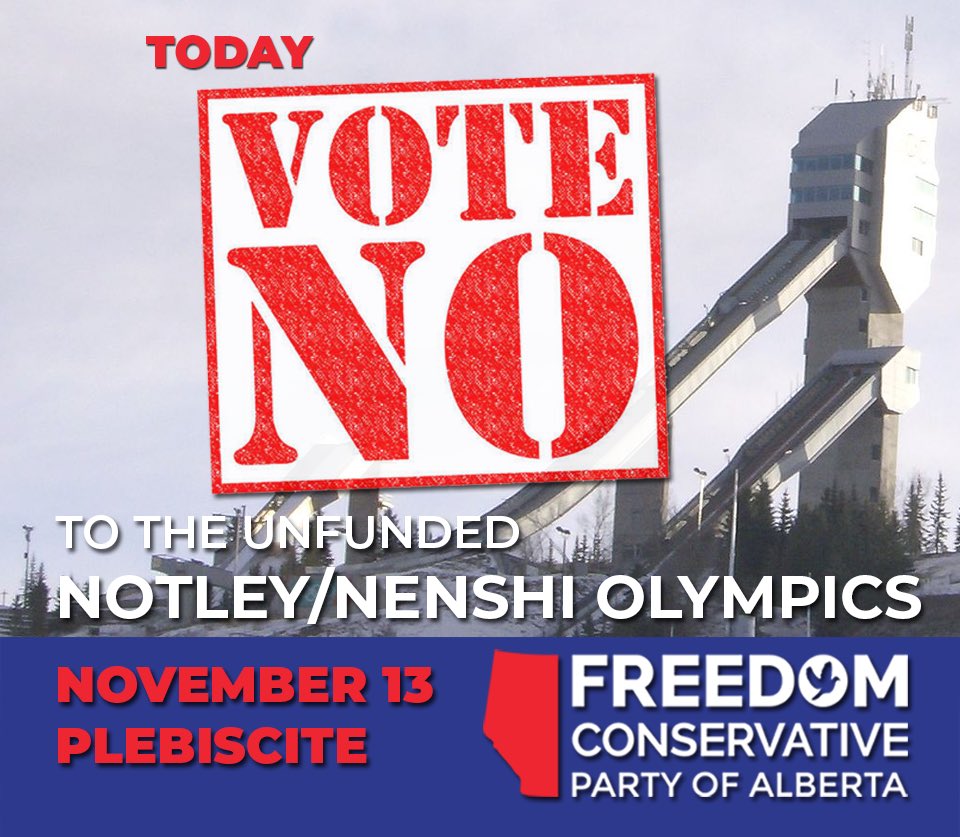 CALGARY, AB: This evening, Freedom Conservative Party (FCP) Leader Derek Fildebrandt congratulated Calgarians for their decision to vote 'No' in the Olympic plebiscite. The FCP was the only party in Alberta to openly campaign for the 'no' side.

"Calgarians made a smart and sober decision today to say 'no' to an expensive Olympic bid that has consistently hid information from taxpayers and been dishonest about the economic impacts of hosting the games." - FCP Leader, Derek Fildebrandt

"Many Albertans - myself included - were open and excited about the possibility of hosting the games, but playing games with the information that voters should have has made this a risk not worth taking, and I'm encouraged that Calgarians agree." - FCP Leader, Derek Fildebrandt

"More major decisions in Alberta should be decided by direct democracy, and today's vote is proof that the people often have a very different view than that of the political class." - FCP Leader, Derek Fildebrandt