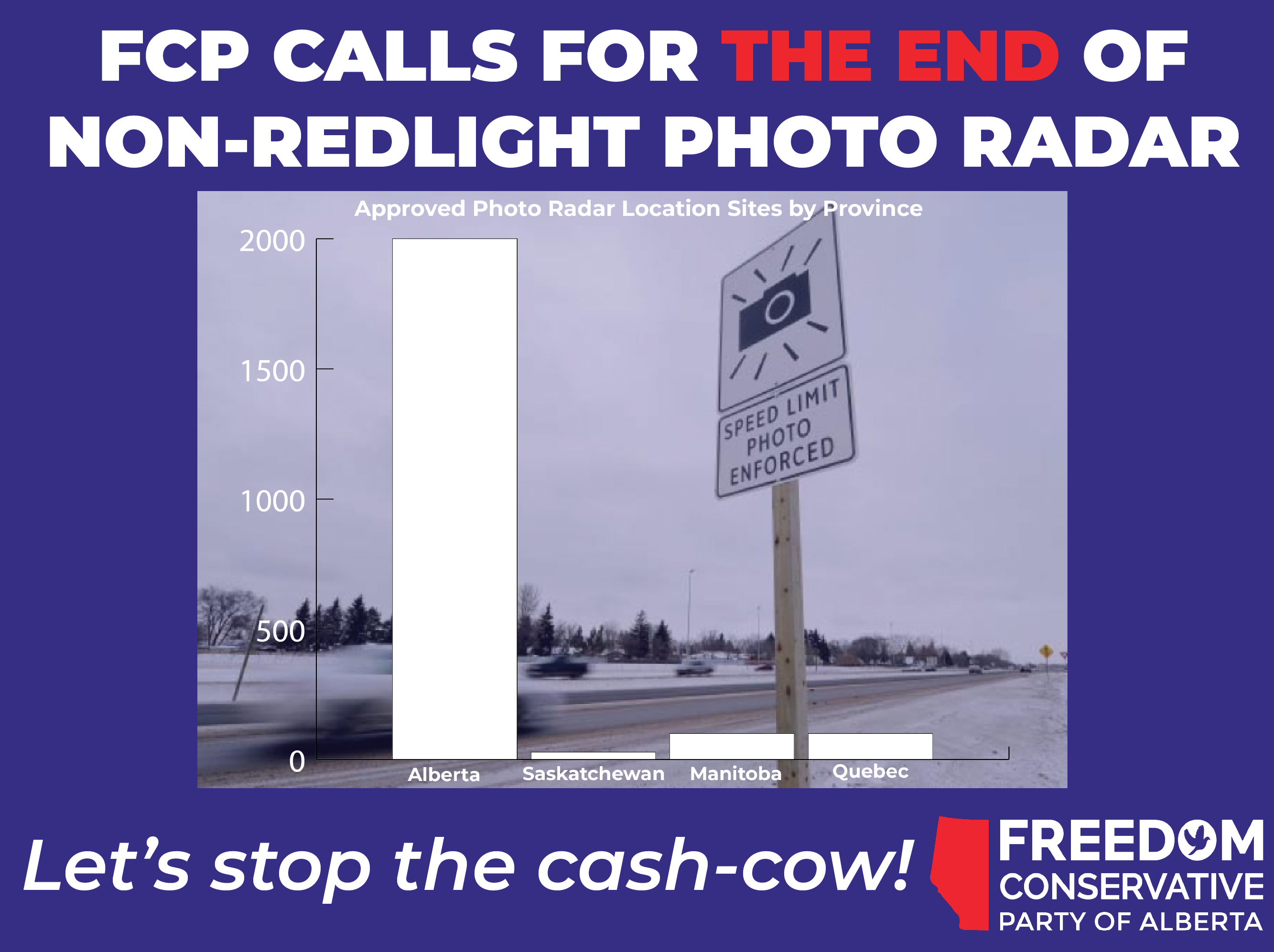 The FCP released a report highlighting the serious abuse of photo radar in municipalities across Alberta. Alberta is one of four provinces which utilize photo radar. Photo radar costs Albertans hundreds of millions of dollars a year, and while the government refuses to disclose the costs to the judicial system, estimates are also in the hundreds of millions.

On May 11, 2017, the Minister of Transportation publicly promised that he would release an official government report on photo radar, detailing the costs to the judicial system and the evidence which supports its safety claims.

It has now been almost two years since the NDP promised this report be released.

“It’s time to end non-red light photo radar in Alberta. There is good reason why the NDP are afraid to release the facts: they are afraid of upsetting municipal politicians who are using photo radar as a cash-cow scam-of-a-tax on drivers."

“If photo radar did anything noticeable for safety, the NDP would tell us. If photo radar didn’t cost the judicial system hundreds of millions dollars and backlog the courts, the NDP would tell us. While the courts are allowing serious violent criminals to walk free, our courts are wasting valuable time and resources on punitive tickets that are little more than an extra tax on drivers."

“We have all seen the radar vans hiding behind the Whitemud shed with their cameras flashing like a strobe light. These locations are not about safety; they are about money."

“When Edmonton alone has more than double the number of photo radar locations (outside of Alberta) than the rest of Canada combined, it is clear that politicians cannot be trusted with this tool.” – Derek Fildebrandt, FCP Leader.

The City of Edmonton has over 935 photo radar locations. This is in comparison to Saskatchewan's 28, and Manitoba and Quebec which both have less than a 100 approved sites.