EDMONTON, AB: Today, Interim Leader David White announced that he sent a letter to the Prime Minister of Canada calling on him to begin a dialog with the Freedom Conservative Party (FCP) and Alberta to discuss new and distinctive options in the wake of ongoing attacks from Ottawa on Alberta's economy.

A copy of the letter can be found below: 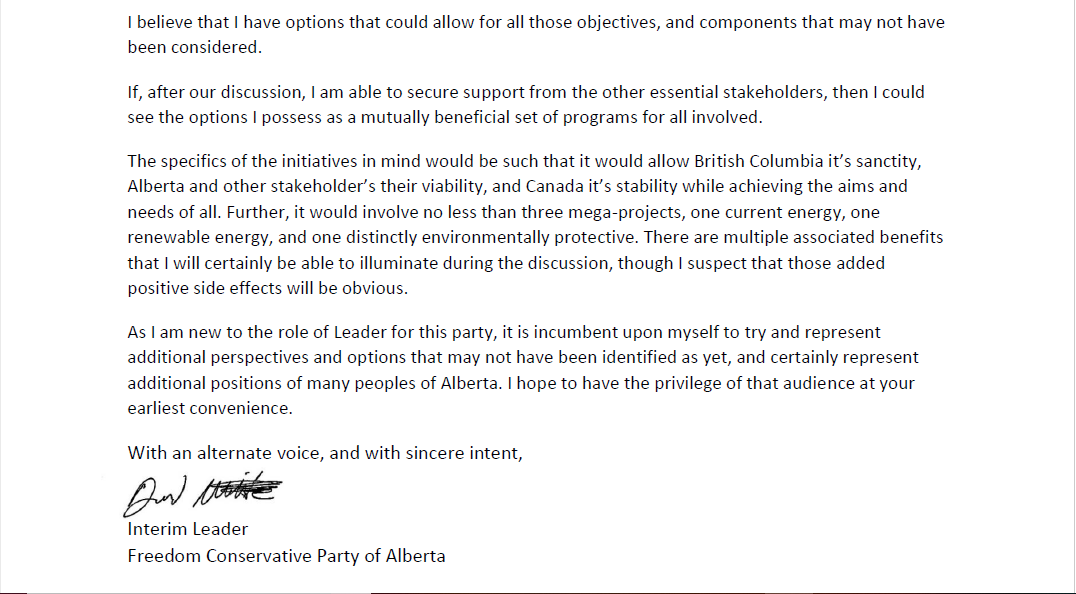