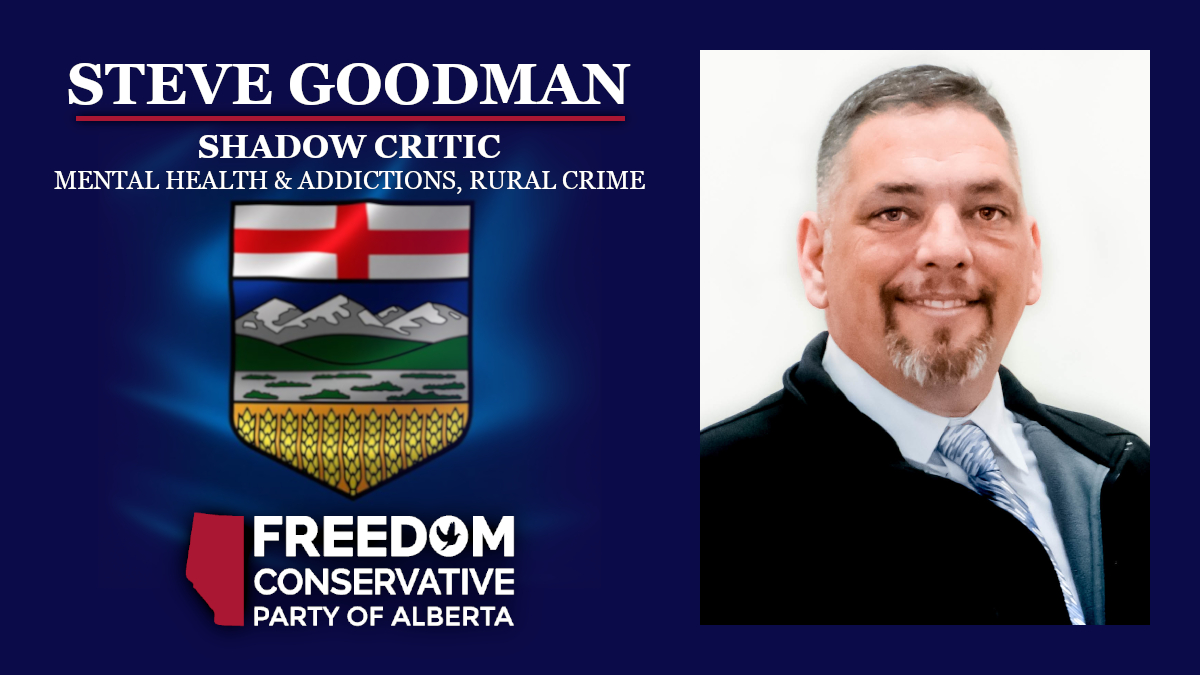 On May 24th of this year, the FCP announced its 2019 Shadow Cabinet and vowed to keep the Kenney Tories honest and accountable. As part of that commitment the FCP announced that Steve Goodman, a Brazeau County peace officer and 2019 FCP candidate for Drayton Valley-Devon, was appointed as the critic for Rural Crime and Mental Health and Addictions.

The UCP currently does not have a Minister responsible for rural crime.

"The sad reality is that response times in most rural areas even at a code 3 (Emergency situation) will be at least 40 minutes or more because it does not have a satellite RCMP detachment. A lot can happen in 40 minutes. My hope is that we can pressure the UCP government to action on satellite offices in remote areas that are at least 100 kilometres from an RCMP detachment so police can better serve these hard hit and vulnerable communities. We also need to ensure that law abiding hard working Albertans have the ability to protect their loved ones and their property without fear of future legal action against them by criminals! We need safe communities, and it's time the government turn words into actions. We will be here to ensure they do that." -- Steve Goodman, FCP Critic for Rural Crime

"We have been committed from the beginning to recognizing and holding the government to task to solve the epidemic of rural crime in our communities throughout Alberta. This is why I asked Steve Goodman to take the reigns on this issue and keep pressure on the government to do everything in its power to fight for rural communities. Steve is not only a very well respected rural peace officer, but he is also a very passionate and tireless advocate for rural crime prevention and has many years on the ground fighting this issue". -- Interim Leader David White

"This is also why we will be holding a town hall in Conklin in the immediate future with myself, Steve Goodman - our critic for Rural Crime as well as Mental Health and Addictions, and Brook Mishna - our critic for Justice." -- Interim Leader David White