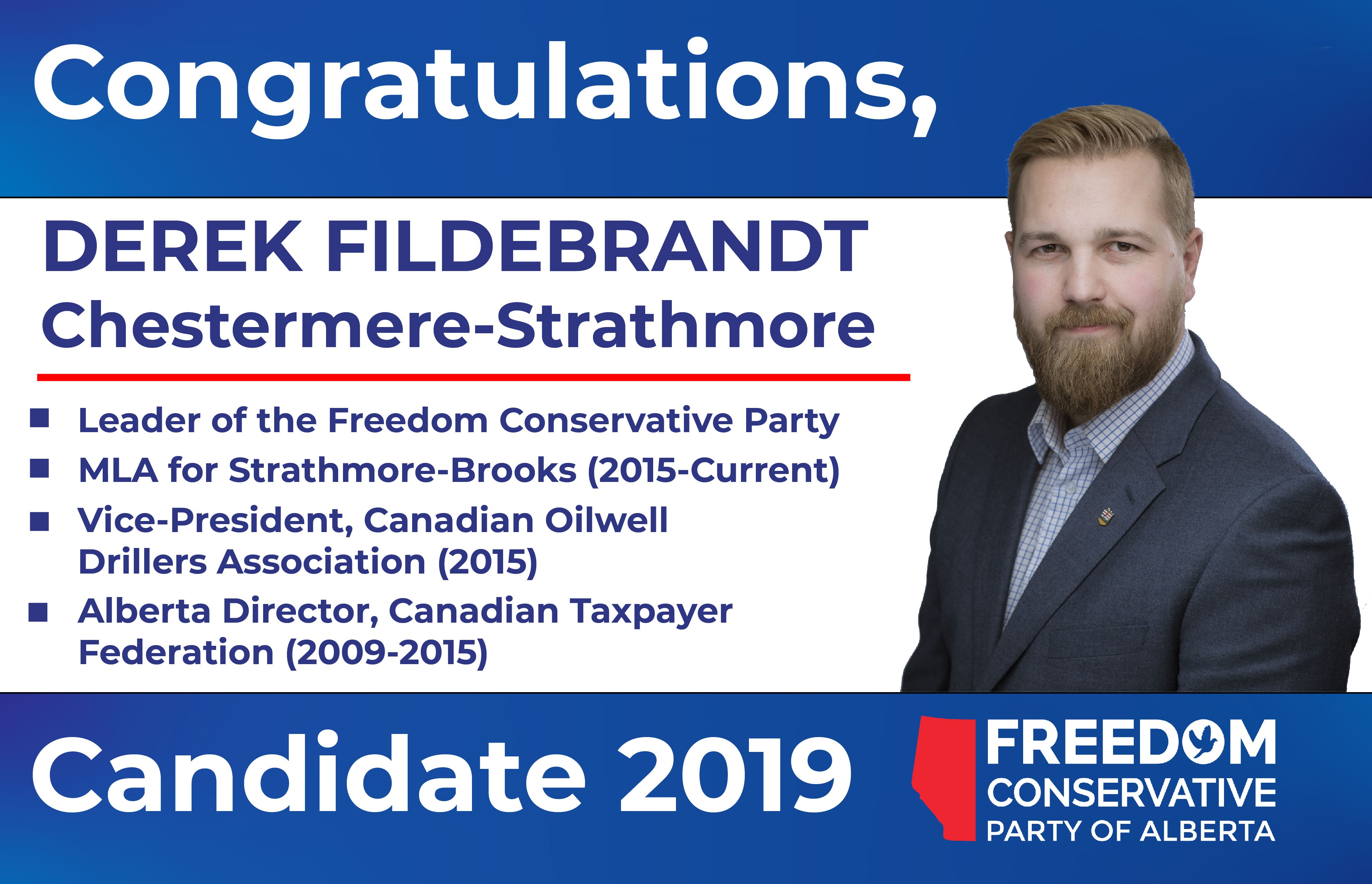 "The Party wishes to congratulate Derek on his nomination for Chestermere-Strathmore. In the FCP we require even the Leader to hold an open nomination. This is part of our commitment to respecting grassroots democracy.” – FCP Interim Board of Governors

“No member is above the Constitution. When we founded the FCP I insisted that all candidates, even myself, must go through open nominations. I am proud to say that the FCP is the only party to hold an open nomination in Chestermere-Strathmore.” – FCP Leader, Derek Fildebrandt

“How would it look if a white, blonde, bearded-redneck defeated one of our only woman and minority candidates in a nomination?” – Jason Kenney

“Race and sex should not be a factor in nominations. The FCP is proud to be the only party hosting open and free nominations.” – FCP Leader, Derek Fildebrandt

For media inquiries or to schedule an interview contact us at media@freedomconservativeparty.ca