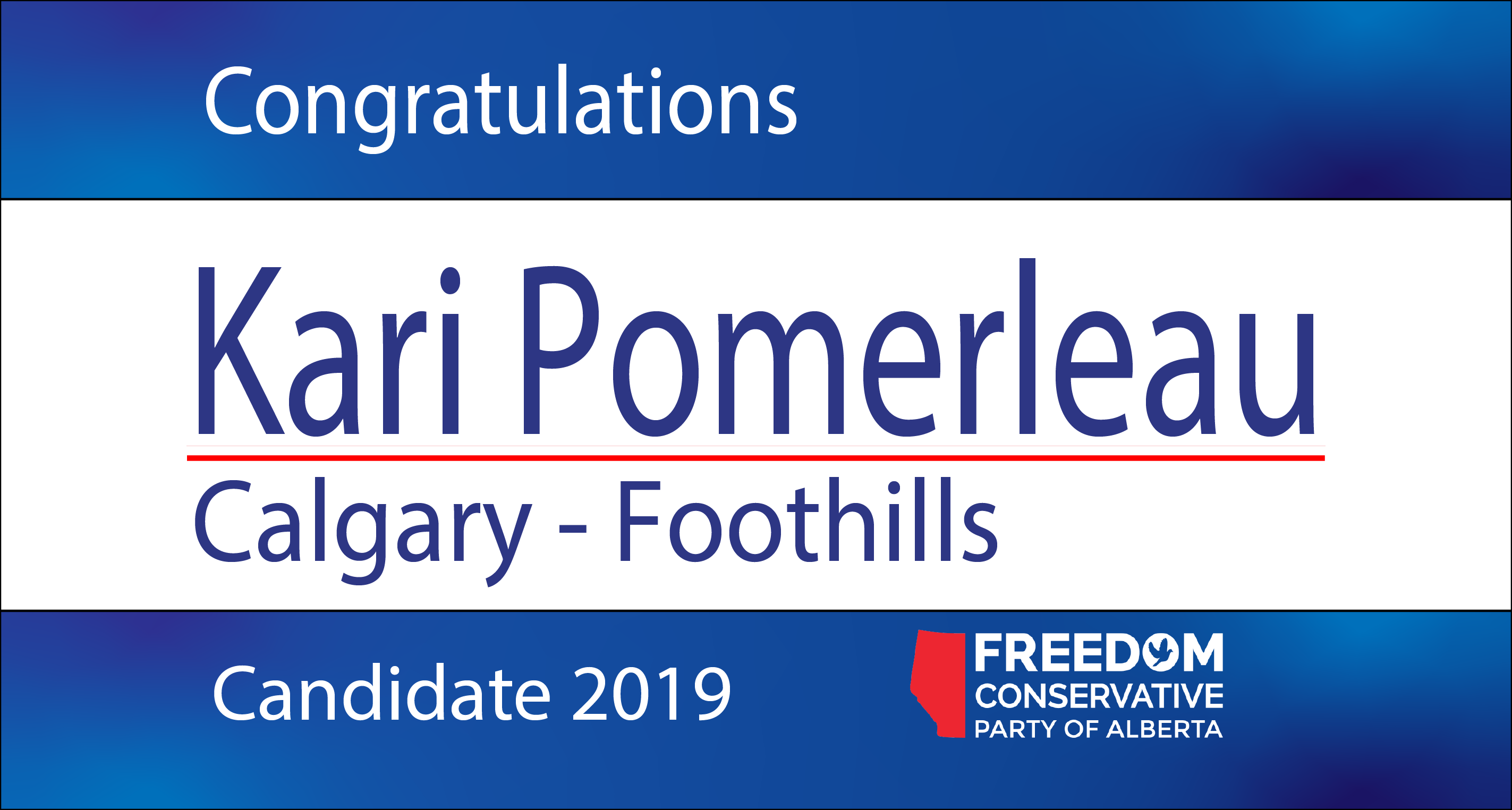 EDMONTON, AB: Today Kari Pomerleau was nominated as the Freedom Conservative Party (FCP) candidate for the riding of Calgary – Foothills.

“Today we are very excited to announce that Kari Pomerleau has been nominated as the FCP candidate for Calgary – Foothills. I know that Kari will be a strong voice for the people of Calgary – Foothills, and I look forward to serving with her in the Alberta Legislature.” – FCP Leader, Derek Fildebrandt