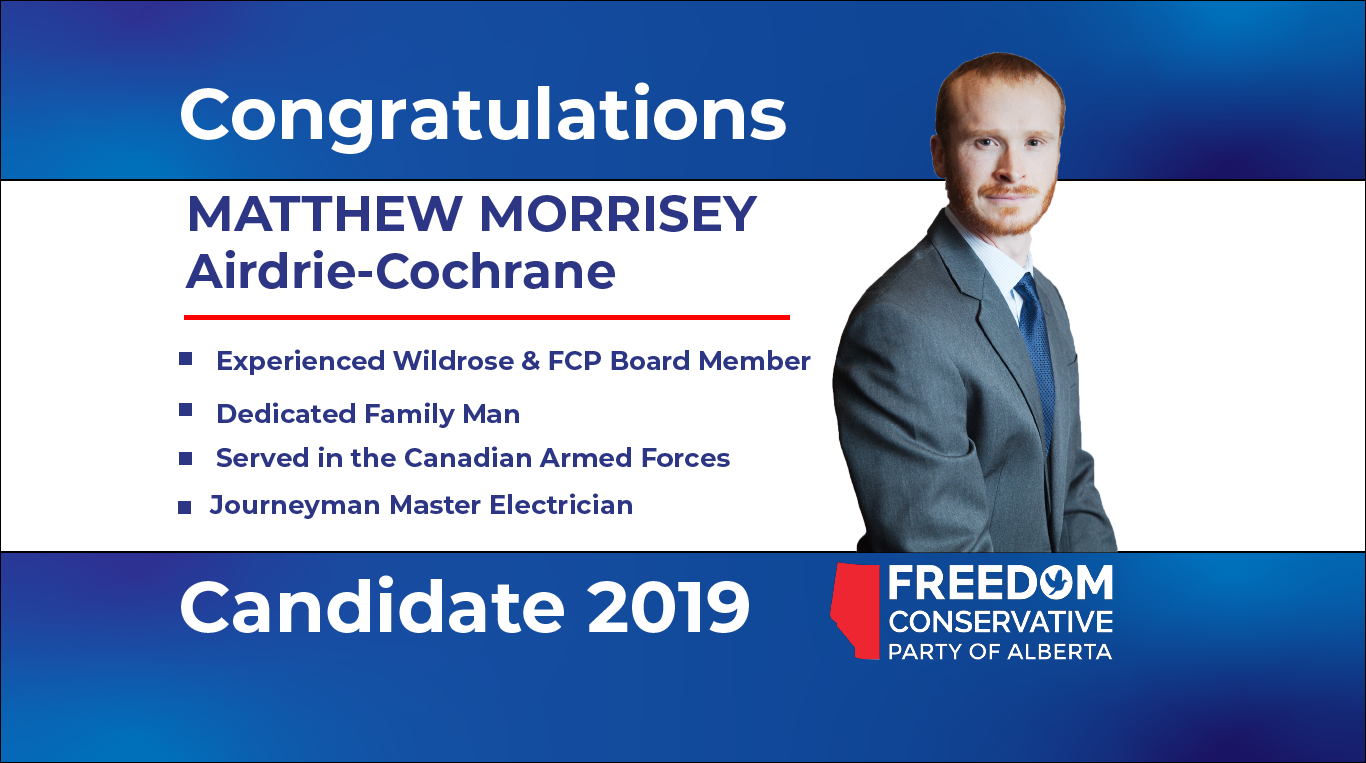 EDMONTON, AB: Today Matthew Morrisey was nominated as the Freedom Conservative Party (FCP) candidate for the riding of Airdrie-Cochrane.

“Today we are very excited to announce that Matthew Morrisey has been nominated as the FCP candidate for Airdrie-Cochrane. Matthew is a strong conservative, who has served in many leadership roles with the Wildrose, UCP and now the FCP. I know that Matthew will be a strong voice for the people of Airdrie-Cochrane, and I look forward to serving with him in the Alberta Legislature.” – FCP Leader, Derek Fildebrandt

"It's truly an honor to carry the banner of the FCP in the next provincial election for the riding of Airdrie-Cochrane. I have had the privilege of living and working within this riding for the last 5 years building communities and homes for the residents here. I am proud to call them my friends, neighbors, and colleagues. I will work tirelessly to advocate on their behalf, actively listening and acting upon their concerns. I look forward to working with Derek on ensuring that all Albertans continue to enjoy the fruits of their labour for generations to come by keeping their wealth here, in Alberta, where it belongs, serving this great province and its people." – Matthew Morrisey