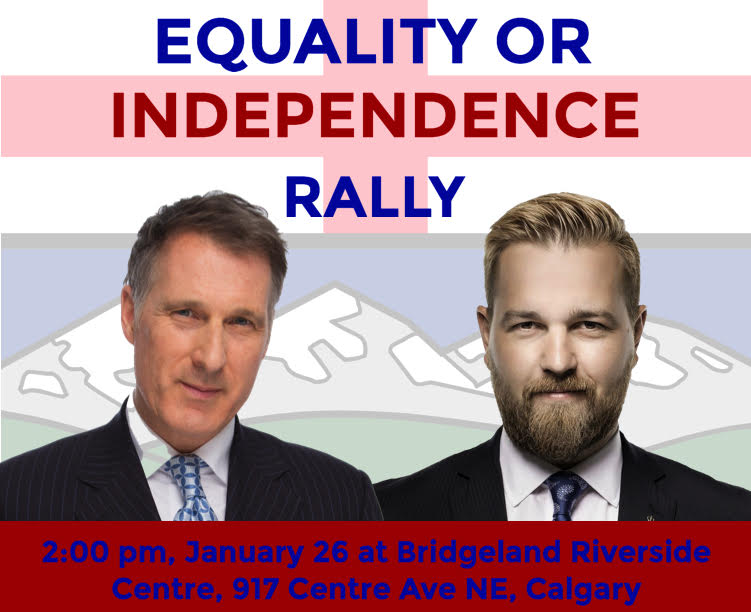 On December 20th, The FCP launched its ‘Equality or Independence’ Campaign, requiring that within one year of the next provincial election, Alberta and the federal government must reach an agreement recognizing equality for Alberta within confederation, or else a referendum will be held on independence in its place.

“Alberta has pulled the weight for Canada for generations and is getting ripped off by the federal government under both Liberal and Tory governments. I understand why many Albertans are now turning towards independence as an option, but the People’s Party of Canada is the only party committed to reforming our unfair and inefficient equalization formula, respecting our Constitution, and treating Alberta as an equal partner in Canada. I will carry this message directly to Albertans and tell them that under a PPC government, they can have fairness and equality.” - Maxime Bernier, PPC Leader

“The time for talk is over. The time for action has come and we have thrown down the gauntlet to Ottawa. Either Alberta must be equal, or Alberta must be independent. I am pleased to welcome Max back to Alberta as perhaps the only federal politician right now willing to do what is necessary to give Alberta a place of equality and honour in confederation.” - Derek Fildebrandt, FCP Leader