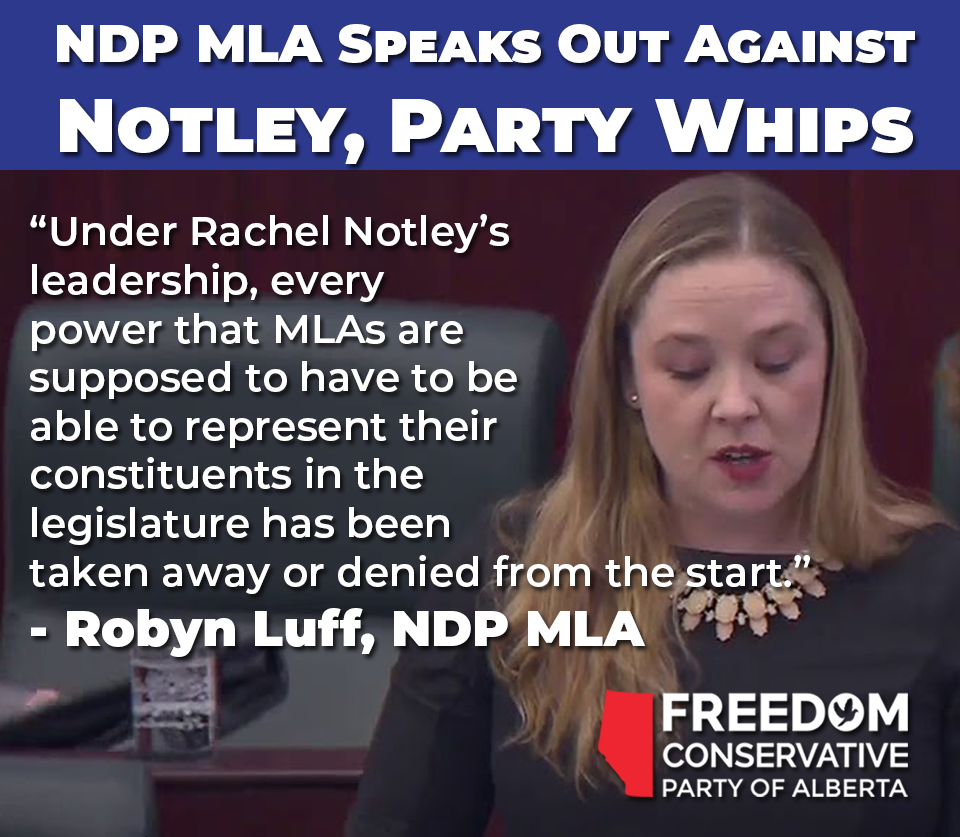 “Whatever our differences on policy, my colleague Robyn Luff showed incredible bravery and courage today in standing up against the extreme whipping of MLAs in our establishment parties.” – Derek Fildebrandt, FCP Leader

Today, FCP Leader Derek Fildebrandt repeatedly questioned Premier Rachel Notley in the Legislature over MLA Luff’s letter, refusing to stand for even a single question. NDP House Leader Brian Mason pointedly stated that he would not answer the questions and went on to repeat government talking points.

“When the Tory caucus was whipped to abstain from speaking or voting over a dozen times on the Bill 9 attack on free speech, the Premier rightfully condemned the Tory leadership for whipping their MLAs into silence. There are good MLAs in both the NDP and Tory caucus’, but it is now abundantly clear that MLAs in both establishment parties are whipped and silenced from ever speaking off the script.” – Derek Fildebrandt, FCP Leader