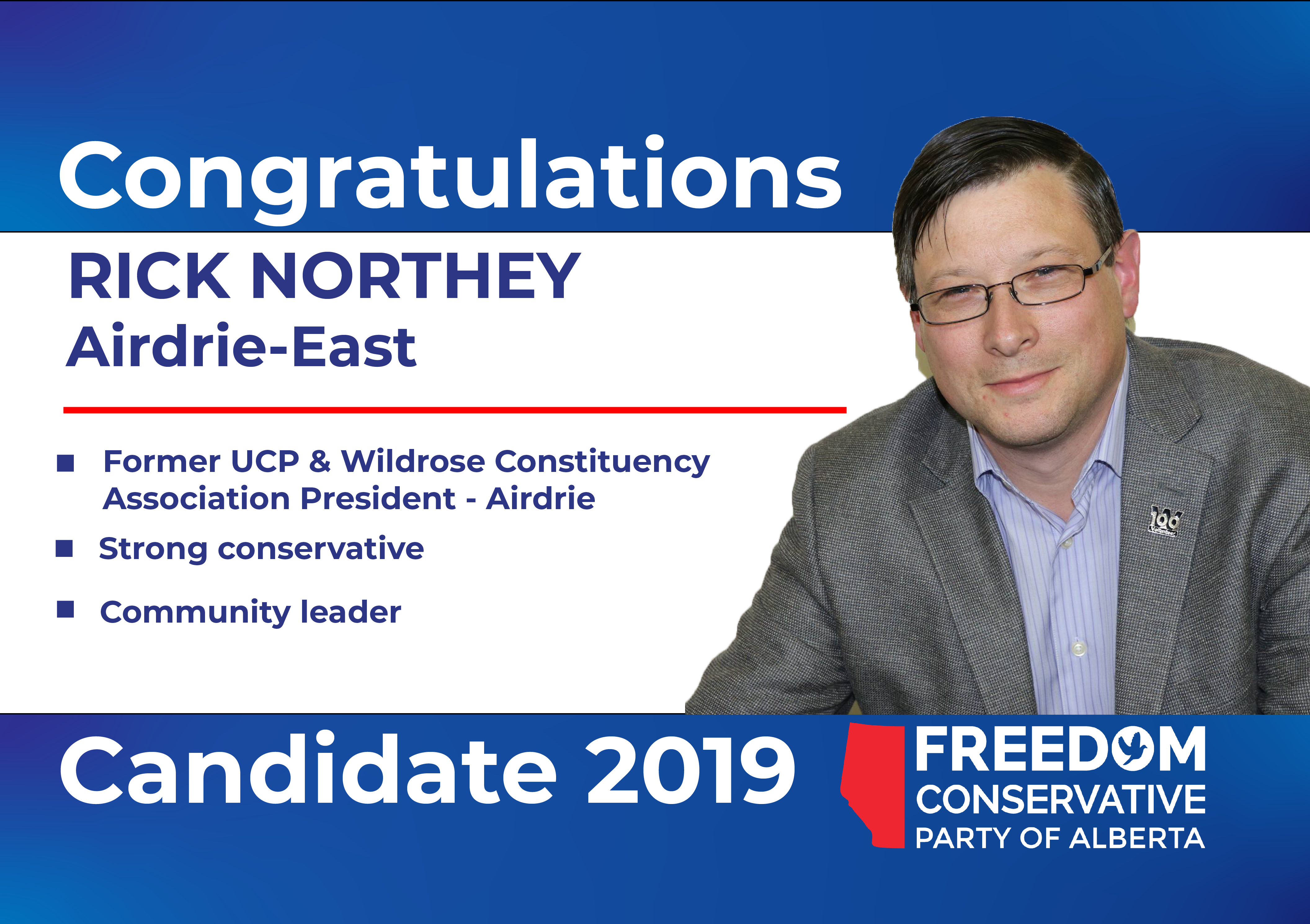 EDMONTON, AB: Today Rick Northey was nominated as the FCP candidate for the riding of Airdrie-East.

“Today we are pleased to welcome Rick Northey to our team of FCP candidates, and very much look forward to serving with him in the legislature. I know that Rick has been a strong leader in the Airdrie community, and I know that he will bring that passion and remain a strong voice for the people of Airdrie. As the former President of the Airdrie Wildrose and UCP, he has a strong record of fighting for conservative values.” – FCP Leader, Derek Fildebrandt

“I am honoured and humbled to have been chosen as the nominated candidate for the Freedom Conservative Party of Alberta (FCP) in the constituency of Airdrie-East.I am committed to reaching out the people of Airdrie-East in order to discuss ideas, issues, and solutions to improve our community. I myself come from a blue collar background and understand firsthand the struggles of hard working middle class families trying to put food on the table, and it is my hope to bring that voice to the legislature.” – Rick Northey, FCP Candidate Airdrie-East

Rick Northey was declared as the nominated candidate, after a two week open nomination process in Airdrie-East.