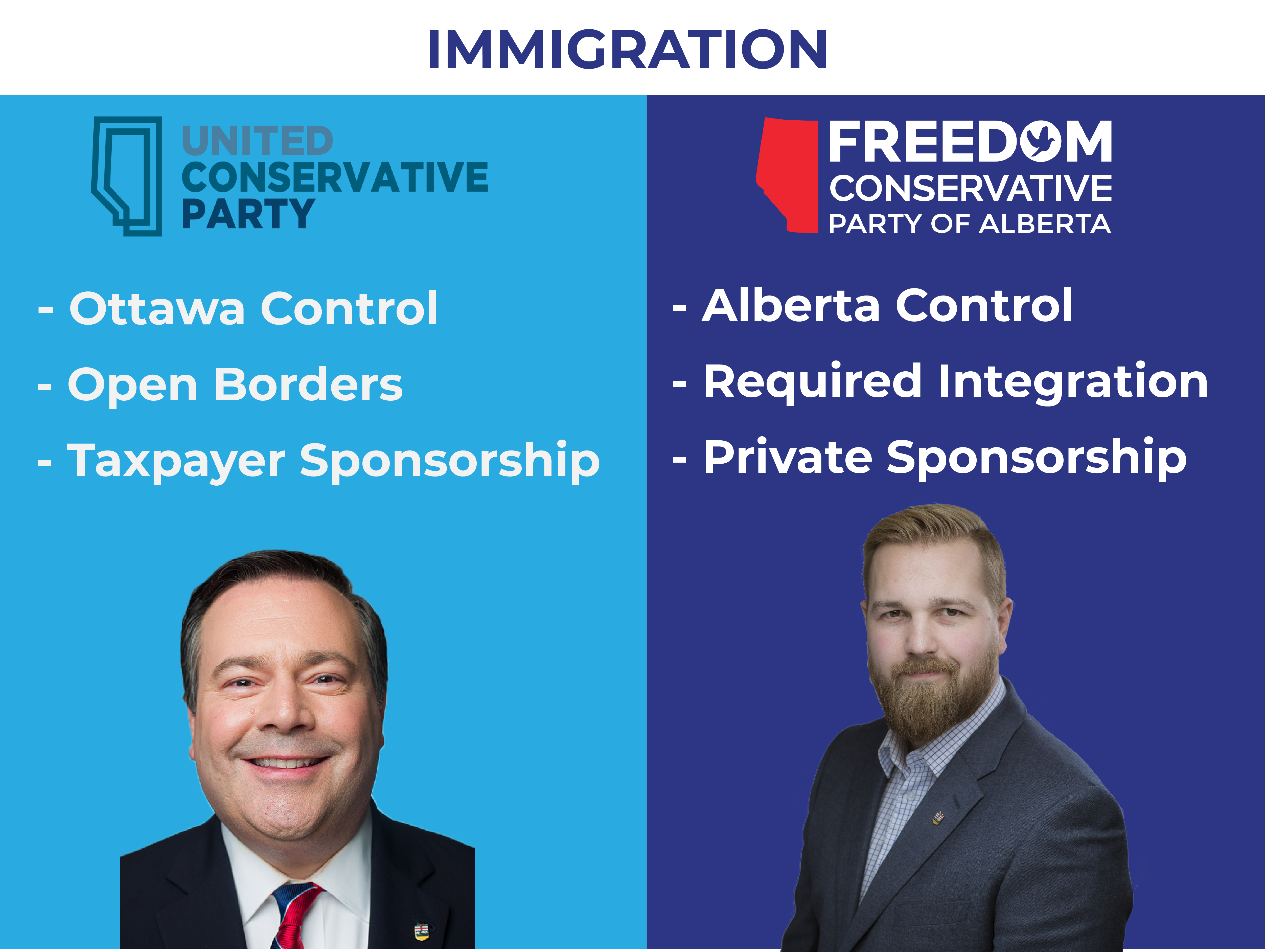 While Alberta and other English-speaking provinces cede control over immigration to Ottawa, Quebec controls most of its own immigration policy.

“While the Tories continue to tinker with the status quo of open-border immigration under the control of Ottawa, the FCP is clear that Alberta should take complete control over our own immigration system. We will do so to ensure that Alberta’s immigration system welcomes skilled immigrants with intake levels that match our employment and unemployment cycles, and that we are attracting migrants that adopt Alberta values.”  – FCP Leader Derek Fildebrandt