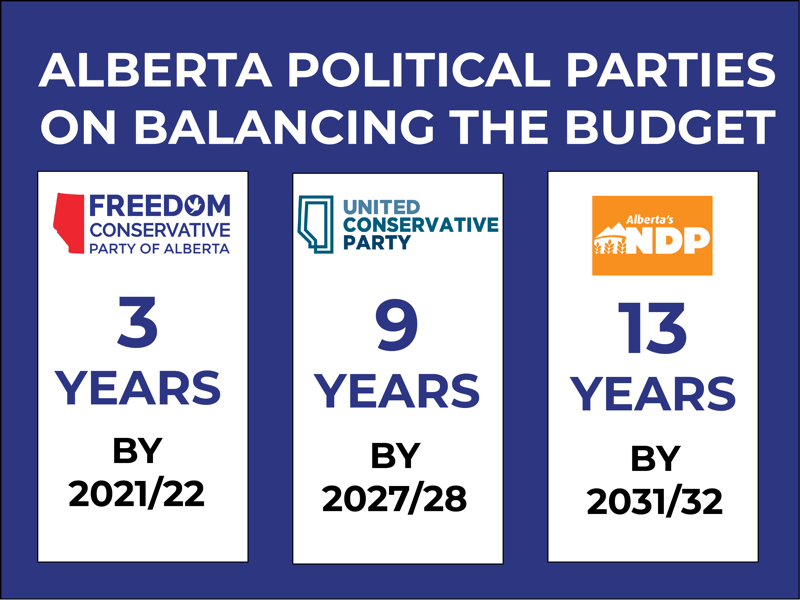 EDMONTON, AB: Today the Freedom Conservative Party (FCP) released a report assessing the credibility of the budget plans of the NDP, Tories, and the FCP.

The Alberta Government’s 2018/19 Second Quarter Fiscal Update showed that, despite the NDP’s reassurances, there is no credible path to balance the Alberta budget in the short or medium term, without either taking significant steps to get government spending under control or raising taxes.

Calculations, detailed in the report, show that:

“The NDP’s public balanced budget date is as phony as the last four fake balanced budget dates they have given Albertans. While the NDP projects forward three years, extrapolating their own data, a child born today would be half way through high school by the time the budget is balanced.”

“The Tories have made vague and general statements about restraining growth in spending to balance the budget but has thus far provided zero detail. Based on a best case scenario interpretation of Tory claims around spending restraint, our research shows that it would take an additional nine years to balance the budget under their plan. Put another way, a child born the year Ed Stelmach put Alberta back into deficit (2008) would be halfway through university by the time the budget is balanced under their plan. If the Tories disagree with these calculations, then we invite them to release the details of their own plan so we can update these numbers.” – Derek Fildebrandt, FCP Leader